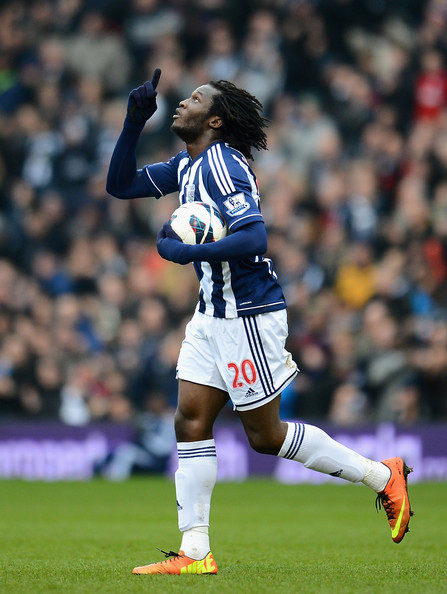 There was a moment on transfer deadline day in 2013 where I thought, along with several others, that the unthinkable was about to happen. Albion were going to re-sign Romelu Lukaku on loan for another season.

News filtered through on Twitter – I even remember Stan Collymore (I know…), who worked at Talk Sport at the time, tweeting that he had signed for Albion. He wrote it in block capitals. I remember jumping up and going “Oh my God! Brilliant! Yes!” as if Albion had scored a goal.

But isn’t it just like the Albion to get it wrong?

Lukaku joined Everton, and Albion signed Victor Anichebe. It was like going out and saying, “Tonight I’m buying a brand new Aston Martin” but then coming home with a second hand Skoda. It’ll still get you from A to B, but it’s nowhere near as glamorous and it’s probably going to break down two or two hundred times along the way.

It capped a pretty dreadful transfer window at the club – arguably the start of a deterioration within the club as we failed to capitalise on a great opportunity to establish ourselves as a steady Premier League team – and the season that followed was a nightmare. Steve Clarke, who needed some luck, couldn’t get anything and ended up being sacked. Pepe Mel came in and got a cult like status for really very little. And following that came Irvine and Pulis. The Albion gradually moving backwards and the idea of having a player like Lukaku at the club growing more and more like a pipe dream.

But once upon a time, it did happen. Romelu Lukaku was sent on loan to the Albion from Chelsea to help aid his development and add a bit of quality to the Albion’s attack.

Aged only 19 years old, Lukaku came to the club having only played 10 league games for Chelsea without actually scoring. That stat didn’t really matter, though. It was well known that at Anderlecht Lukaku had made a name for himself as a strong, fast centre forward with a good eye for goal. He looked ahead of his years at Anderlecht, resulting in Chelsea paying good money for a teenager and seeing him picked for the Belgium squad at the age of 16. There was a real air of excitement about the Hawthorns.

His debut came in the first game of the season at home against Liverpool – a game that would later become famous for Brendan Rodgers and his envelopes – coming on as a second half substitute and scoring a header in a surprise 3-0 victory. It was a great way to start, and had fans believing that the hype was real…but Lukaku could rarely break in to the starting line up. Instead, Peter Odemwingie and Shane Long were preferred.

The 2012/13 season started off brilliantly for the club, and by the end of November the club found themselves sat fourth in the league, occupying a Champions League spot heading in to December. It was a real “pinch me” moment for the Albion faithful. Totally unexpected, the team were flying, and even when the club had dropped to seventh by the end of December it still felt like a dream. It felt like ‘little’ West Brom had arrived.

Then came the January transfer window and the saga of Peter Odemwingie and the QPR car park. Things were never the same after it, and form dropped massively. The incident with Odemwingie (who had now also started arguing with fans over Twitter) resulted in him being dropped from the starting 11, leaving a gap for Lukaku, who had previously mainly featured as a sub.

And this is when we saw what he was capable of.

Eleven goals in the second half of the season, resulting in him becoming the highest Premier League goalscorer in Albion’s history. His last actions at the club being an incredible hat-trick in the unforgettable 5-5 draw against Manchester United, Alex Ferguson’s final game.

The second half of the season, and that hat-trick, cemented Lukaku as a massive fan favourite. He had the buy-in of the crowd already, but stepping in as a heroic figure, as such, following the ‘betrayal’ of Odemwingie secured him a status afforded to few at The Hawthorns. He deserved it, too.

In interviews it was clear just how much of a perfectionist Lukaku was; he was articulate, critical of his own performances and always looking at how to improve. He had a determination that was clear in the way he played and the way he carried himself. Despite being so young it felt like he had more about him than some of the older players at the time.

I remember when I first saw Lukaku play at The Hawhorns and I was struck by his size and speed. For a guy that looked so big, he moved so well…but he was raw. The potential clearly there, but it wasn’t fulfilled yet. Of course it wasn’t, he was playing for Albion. His first touch often let him down, but if he got the chance to hold the ball then you felt that something could happen. His size intimidated defenders and, at the time, the Albion had some good players who could help him out up top. The team posed a threat.

It was easy to see why he was a bit part player in the first half of the season. Peter Odemwingie was superb for the club – it’s still such a shame it ended the way it did – and Shane Long was a brilliant partner for him. The team were performing so well, it would have made little sense to alter things to make space each week for him. But, in a way, this is where part of the problem comes when looking at Lukaku at Albion.

There is no doubt that as a player he improved as the season progressed. That raw, powerful striker at the start of the season had turned in to a solid, ‘too-good-really-to-be-at-Albion’ striker…but his form came as the rest of the team fell apart. The final 18 games of the season from January onward saw Albion lose 10 games and win only four. Of those four wins, Lukaku scored in all of them.

An argument is sometimes made that the majority of Lukaku’s 17 goals meant very little over the season – even amongst the four wins it’s argued that his goal against Liverpool was a second in stoppage time where Albion were already 1-0 up and his goal against Southampton was the second in a 3-0 win…potentially these games were already won.

What feels odd is that a team drops in form, but the key striker rises to prominence. It’s very rare that a striker will grab the headlines for a team that continues to lose, but he did. And for that to happen, in a way, demonstrated how good he was becoming. Romelu Lukaku was a bright light in a very dark end to a season.

When that final game of the season came round, and Alex Ferguson came to the Hawthorns with his Manchester United team for his last game I felt the writing was on the wall. We’d been beat 4-0 the week before by Norwich, we couldn’t buy a result. United would want to leave on a high. Ferguson would want to leave on a high. With the game at 5-2 to United after 80 minutes, it felt like it would only go one way.

Lukaku saved his best for last. Having already scored Albion’s second, he popped up with two in five minutes and helped Albion finish the game 5-5. This was a player that had well and truly landed. It felt like he knew this was his big opportunity, and I don’t think any other player in the world would have had the same impact.

It left me feeling like we’d seen someone special play in the blue and white stripes. We’d watched a young boy with bags of potential join, and in that last game seen his potential become fulfilled. It felt like we’d been on a journey with him and, I think, that’s why so many of the Albion fans still hold him so close to their heart. This felt like a feel good story and we were a big part of that story. We all invested in to that story. I also think it’s why Lukaku still holds the Albion in such high regard. He came with a point to prove…and, by the end, he did it. 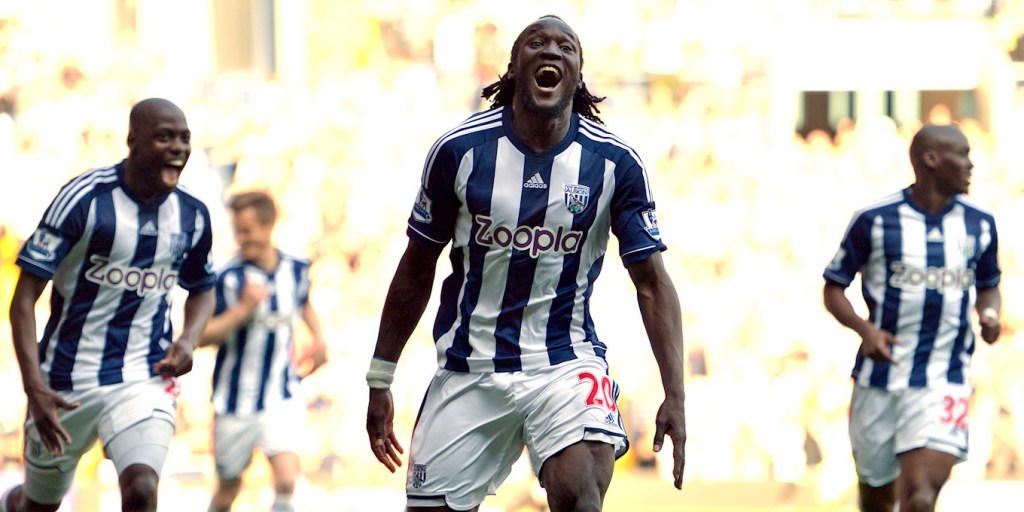 Watching him now, it’s interesting to see how much he has changed. I don’t see the love for the game in him so much at Manchester United…the style of play just doesn’t look to suit him as much as it should…but also, the perfectionist aspect of his character doesn’t feel as prominent as it once did. Where, at Albion, you could sense he strived to improve, it now sometimes feels like he’s just there. His first touch still lets him down too much, and his goal scoring form has started to drop. There are rumours that he may be sold this Summer, and I hope it happens. As a football fan, and as a fan of the player, I’d like nothing more than to see a truly fired up Romelu Lukaku again.

In a different world, that fired up player could have had another year at The Hawthorns. His rise in form giving massive reason to be hugely excited at the prospect of seeing him at the club for another year. It wasn’t to be. Stan Collymore lied to me (I was foolish to believe him in the first place), I celebrated for no reason.